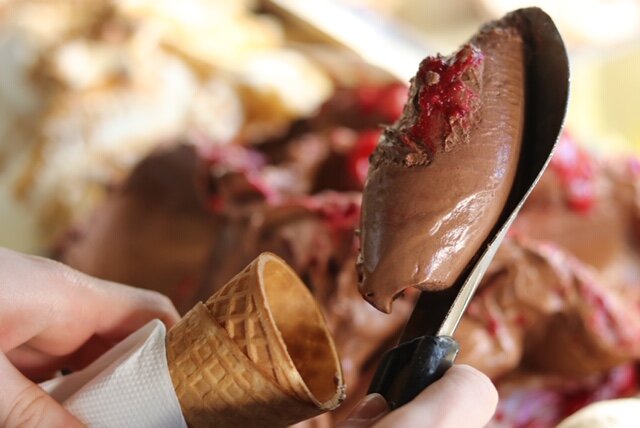 Where to go and what to eat in this vibey Sydney neighbourhood.

Like its better-known neighbour, Newtown, the inner-west neighnourhood of Enmore is one of Sydney’s most happening hubs when it comes to both food and culture. Just ask Maeve O’Meara. “There’s so much to discover here, from amazing street art to incredible natural wine shops,” says the food personality, who leads an evening gourmet safari through Newtown and Enmore.

Here’s our list of where – and what – to eat on your next visit.

There’s now a CBD outpost of Continental Deli, Bar and Bistro but it’s hard to beat the vibe at the pocked-sized original. Take a seat at the tiny bar, choose your canned cocktail and order up a bespoke sandwich using any combination of the seafood, cheese and continental meats listed on the menu. Or you can just do as star chef Neil Perry does and order the mortadella, teamed with Comte and mustard on a ciabatta roll. Perfection.

Notwithstanding the occasional, inspired fusion dish – such as the celebrated roti taco, piled with soft-shell crab and mango salsa – Colombo Social is all about classic Sri Lankan dishes, and you don’t get much more classic than a goat curry. The only question is, which side will you order? Can’t decide between a lacy hopper or the cashew-studded saffron rice? Then take both.

Andy Bowdy made his name as the pastry chef at Hartsyard so when he decided to launch his own café, Saga, it was a no-brainer that his cakes were going fly out the door. Bowdy’s individually-sized, carefully-crafted confections are multi-layered marvels. We particularly love The Tony (named after Andy’s father), a cheesecake given a power punch with the addition of raspberries, hazelnuts, flowers and crumbs.

At Russo & Russo, every single element from the bread on – airy saltbush focaccia served with chilli- and rosemary-infused olive oil – has been carefully thought through. But if we have to pick a highlight, it’s the housemade pastas, such as the wattleseed pappardelle with wagyu ragu.

It’s hard to miss Stanbuli: just follow the smell of charcoal-grilled meats until you reach the bubblegum pink façade. Inside there are plenty of patterned tiles and coffee trays, and some of the best meze in Sydney, from stuffed mussels to smoky eggplant and a mouthwatering array of kofte.

John Crowl and the team at Cow and The Moon caused quite a stir when they scored the gong for World’s Best Gelato in 2014 in Italy, but Enmore locals already knew just how good this gelato is. Classics such as pistachio and gianduia are predictably fabulous, but the lemon cheesecake is also worth a try. 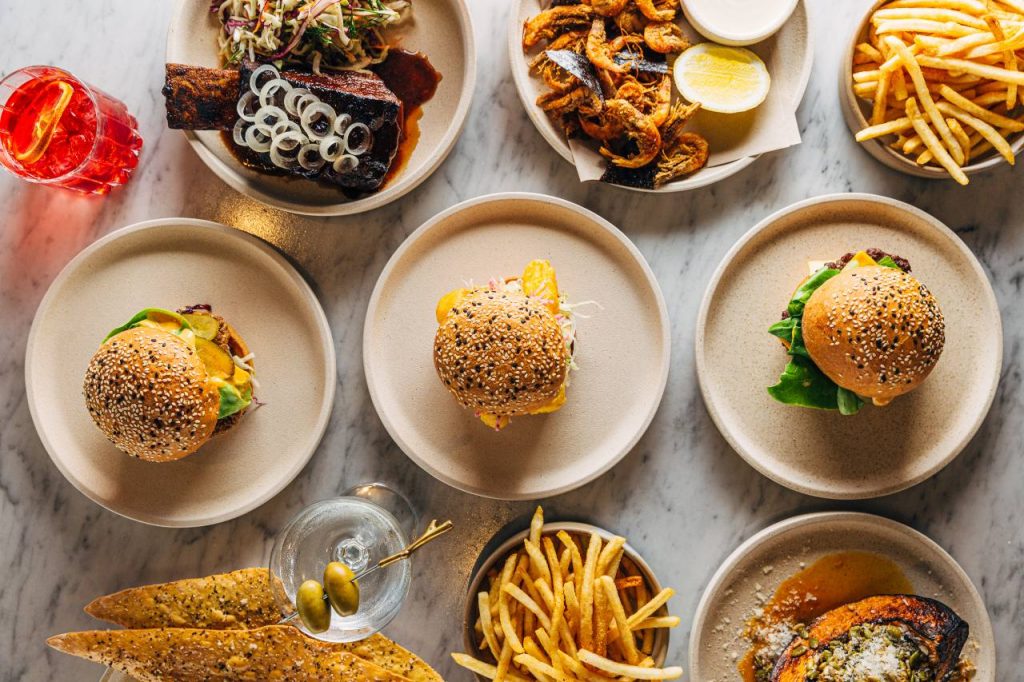 Where (and what) to eat in the Barossa Valley

It’s not just the shiraz that’s noteworthy in this acclaimed wine region: check out these remarkable restaurants.

Discover the cakes Sam can’t say no to along with plenty of other gourmet treats.